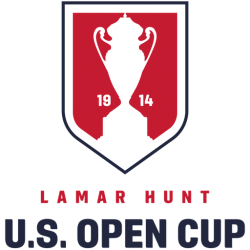 The competition was first held during the 1913–1914 season as the National Challenge Cup, with Brooklyn Field Club winning a trophy donated by Thomas Dewar for the promotion of American soccer. It was renamed and dedicated to North American Soccer League (NASL) and Major League Soccer (MLS) executive Lamar Hunt by the United States Soccer Federation in 1999.

The 107th and 108th editions planned to be held in 2020 and 2021 were to be contested by 100 clubs from the four professional leagues sanctioned by the United States Soccer Federation – Major League Soccer (MLS), the United Soccer League's Championship and League One divisions, and the National Independent Soccer Association (NISA) – as well as amateur clubs in the earlier rounds of the tournament that qualify through their respective leagues. The overall champion is awarded $300,000 in prize money and a berth in the CONCACAF Champions League, while the runner-up receives $100,000, and the furthest-advancing team from each lower-division league receives $25,000. The 2020 & 2021 tournaments were canceled due to the COVID-19 pandemic, ending 106 years of consecutive play.

MLS teams have dominated the competition since the league began play in 1996. No lower division team has won the U.S. Open Cup since the Rochester Rhinos in 1999, and none have reached the final since the Charleston Battery in 2008. The most recent champions of the competition, Atlanta United FC, won their first title after defeating Minnesota United FC 2–1 in the 2019 final.