The Sunrisers Hyderabad (often abbreviated as SRH) are a franchise cricket team representing the city of Hyderabad in the Indian Premier League (IPL). The franchise is owned by Kalanithi Maran of the Sun TV channel Network and was founded in 2012 after the Hyderabad-based Deccan Chargers were terminated by the IPL. The team made an appearance in the IPL playoffs in its maiden season in 2013 and has won the final of the 2016 Indian Premier League against Royal Challengers Bangalore.

The team is currently captained by David Warner and coached by Tom Moody. The primary home ground of the team is the Rajiv Gandhi International Cricket Stadium in Hyderabad.

Sunrisers Hyderabad replaced the Deccan Chargers in 2012. They retained 20 players from the Chargers, which left slots open for 13 players (eight Indian, five overseas). They filled six of these with Thisara Perera, Darren Sammy, Sudeep Tyagi, Nathan McCullum, Quinton de Kock and Clint McKay. The team was announced in Chennai on 18 December 2012. The team is owned by Sun TV Network who won the bid of ₹ 850.5 million per year (approximately $15.9 million) for a five-year deal, a week after Deccan Chargers was terminated due to prolonged financial issues. Sun TV Network Limited, which is headquartered in Chennai, is one of India's biggest television network with 32 TV channels and 45 FM radio stations which is India's largest media and entertainment company.

The team jersey was unveiled on 8 March 2013, and the team anthem composed by G. V. Prakash Kumar was released on 12 March 2013. Their logo was unveiled on 20 December 2012, along with the announcement that the team's management would be led by Kris Srikkanth, Tom Moody and VVS Laxman. The Rajiv Gandhi International Cricket Stadium is the principal cricket stadium in Hyderabad, Telangana, India and is the home ground of the Hyderabad Cricket Association.

It is located in Uppal, an eastern suburb of the city. It has a capacity of 55,000 spectators presently with a maximum capacity of 65,000 and extends across 16 acres (65,000 m2) of land. The ends are named Pavilion End and North End. On the retirement of VVS Laxman, the HCA decided to honour the state hero by naming the North End after him.

HCA's previous home ground was the Lal Bahadur Shastri Stadium in the Fateh Maidan sports complex at Basheerbagh in central Hyderabad. The ground belonged to the Sports Authority of Telangana State and HCA had limited operating autonomy over this ground.

Moreover, due to its smaller size, it soon came to be known as a high-scoring ground and so Hyderabad was not considered for many high-profile cricket matches in India.

In 2003, the proposal for a new stadium was submitted by HCA to the government of erstwhile Andhra Pradesh, then headed by Y.S Rajasekhara Reddy. The proposal was quickly cleared and HCA was allocated a budget for the same. The government also identified a large piece of land suitable for the project at Uppal.

Most of the funding for the project came after an open auction of the stadium's title was held. Visaka Industries Limited won the auction with a bid price of Rs. 65,00,00,000. A sum of Rs. 43,00,00,000 was paid in advance and the stadium was named as Visakha International Cricket Stadium in 2004.

Following this decision, HCA was required to pay Visakha Industries six times the contract price in accordance with the contract clauses governing any subsequent renaming of the stadium or the Visakha name not remaining attached to the stadium. HCA however, following some negotiations by Govt, got away by paying an amount of Rs. 43,00,00,000, i.e. the contract price only. 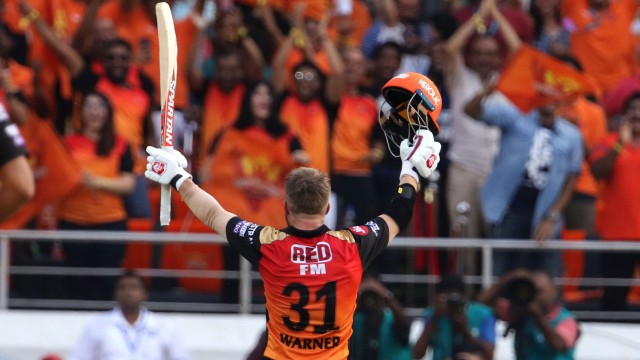