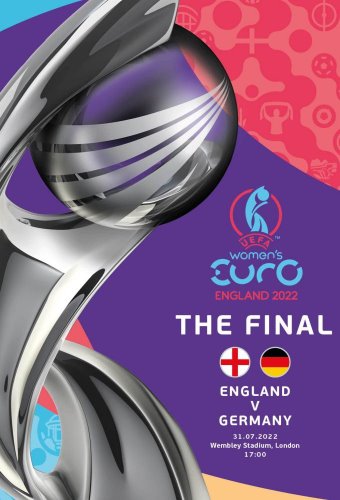 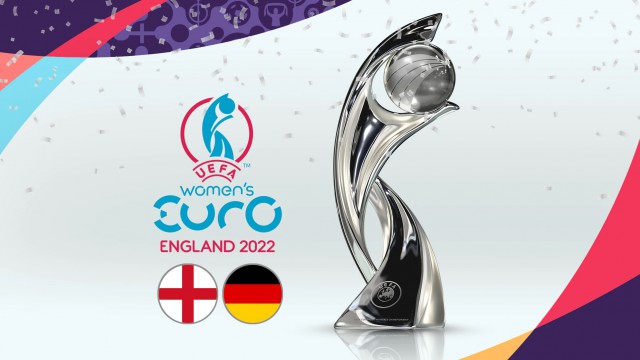 For England, this was their third appearance in a European Championship final and the first since 2009, when they lost to Germany. England also lost 4–3 on penalties to Sweden in their first final in 1984. For Germany, the record winners of the competition, this was their ninth appearance in a Euro final and the first since 2013, when they defeated Norway. Germany had won all eight of the previous European Championship finals they have played.

The final took place in front of a crowd of 87,192, a record attendance for a women's international fixture in Europe and for any European Championship finals match. England won the match 2–1 after extra time for their first UEFA Women's Championship title and the first time a senior England side had won a major football tournament since the 1966 FIFA World Cup Final.

Venue
The match was held at London's Wembley Stadium, in Wembley of the London Borough of Brent. Wembley Stadium opened in 2007 on the site of the original Wembley Stadium, the demolition of which took place between 2002 and 2003. Owned by the Football Association (FA), it serves as the national football stadium for the men's England team. The stadium was a host venue of the men's UEFA Euro 2020, including the final (which the England men's also contested). The original stadium, formerly known as the Empire Stadium, opened in 1923 and hosted men's football matches at the 1966 FIFA World Cup, including the final – which saw hosts England beat West Germany 4–2 after extra time – and at UEFA Euro 1996, including the final, in which Germany defeated the Czech Republic. Wembley also hosts the annual men's FA Cup final, doing so since the White Horse Final of 1923 (excluding 2001 to 2006, when the stadium was being rebuilt), as well as the Women's FA Cup final since 2015.


Result Description
The match kicked off at 17:00 local time (BST) in front of 87,192 spectators. This set an attendance record both for a women's international fixture in Europe and for a match in the final tournament of a UEFA men's or women's national team competition. Ellen White had an early chance for England, but headed straight at German goalkeeper Frohms, before England picked up two early bookings, with White and Stanway receiving yellow cards. In the 25th minute a goalmouth scramble nearly resulted in a goal for Germany, before England goalkeeper Mary Earps gathered the ball. An appeal for a penalty due to the ball striking England captain Leah Williamson's arm was turned down; moments later at the other end of the pitch there were similar appeals for a penalty due to the ball striking German forward Schüller's arm, which was also denied. White missed another chance just before half-time, sending the ball over the bar, with the first half ending goalless. Germany made a substitution at half-time, replacing Brand with Tabea Waßmuth.

Five minutes into the second half, Lina Magull missed a goal for Germany, sending the ball just wide of the post. In the 55th minute, England made two substitutions, replacing White and Fran Kirby with Russo and Toone and it was to be the latter substitute that gave England the lead seven minutes later: a long ball from Keira Walsh sent Toone clear of the defence and she chipped the ball over Frohms. The tournament's top goalscorer, England's Beth Mead, had been injured just before the goal and was replaced by Chloe Kelly. Germany nearly equalised almost straight away when Magull hit a close shot deflected by Earps' fingertips onto the bar and away, with Earps also saving the follow-up attempt from Schüller. Magull then brought the match level after 79 minutes, flicking the ball into the goal after receiving a cross from Waßmuth. This took the match to extra time with the score at 1–1.

There were few chances of note in the first half of extra time. In the second period, England took the lead, scoring in the 110th minute of the match. A corner by Lauren Hemp bounced off Lucy Bronze into the path of Kelly and she stabbed the ball in at the second attempt. England then managed the game well for the remaining 11 minutes, performing what The Athletic described as a "masterclass of time-wasting", keeping possession efficiently and using the corner to give the Germans no chance to equalise, to win their first major international trophy. It was the second consecutive Euros win for manager Wiegman, who won the previous Euros managing her native Netherlands.