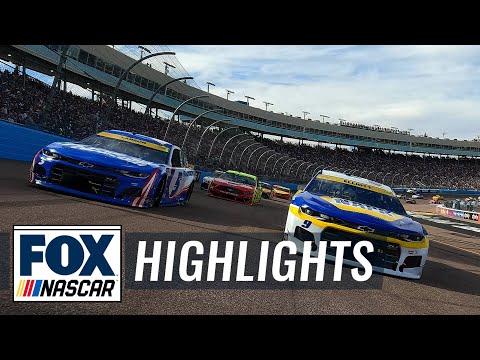 Kyle Larson completes dream season with Cup Series title, race win at Phoenix.
Taking advantage of an opportune caution and a blazingly fast pit stop by his No. 5 Hendrick Motorsports Chevrolet crew, Larson held off Martin Truex Jr. during a 24-lap green-flag run to the finish in Sunday’s NASCAR Cup Series Championship Race.
The victory — Larson’s 10th of the season and the 10th at a track where he had never won before — made a deserving series champion of the 29-year-old Californian.