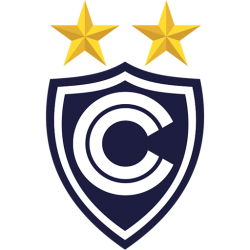 Club Sportivo Cienciano is a professional football club based in Cusco, Peru. The club was founded in 1901 and was originally the team of the students of the "Ciencias y Artes" School (Ciencias meaning science in Spanish), from which it takes its name. It gained worldwide recognition after defeating River Plate from Argentina in the finals of the 2003 Copa Sudamericana and Boca Juniors in the 2004 Recopa Sudamericana.

The increase in spectator capacity came after CONMEBOL chose Peru to host the Copa América 2004, prompting the Peruvian government to invest in a five-million dollar renovation program for its stadia, including the Estadio Garcilaso de la Vega. Its renovation cost approximately $1,720,000, which helped boost its official spectator capacity to 42,056. The stadium ended up hosting the third place game of the Copa América 2004. Thanks to the event, the city of Cusco received even more tourists than it already receives as Peru's top tourist destination.

The Estadio Garcilaso de la Vega is also recognized as one of the most beautiful stadiums in all of South America. This recognition is due to its well-maintained grass and its resistance to the sometimes aggressive and highly variable climate of the city of Cuzco. The awe is the stadium's perpetual beauty even after these climates. It is this resistive beauty that inspires soccer commentators and visitors alike.

The stadium is currently home to three football clubs. The first two original clubs since the 1950s are Cienciano of the Peruvian Second Division and Deportivo Garcilaso of the Copa Perú. The third is the recently formed club Real Garcilaso, which was promoted to the First Division at the end of 2011. This will set up a much anticipated Cusco derby match