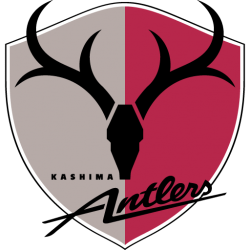 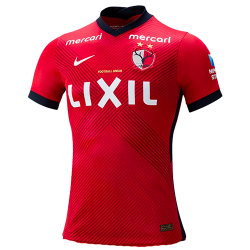 Antlers is derived from the city name, Kashima, which literally means "deer island".

Since the J.League's creation and introduction of professional Japanese football in 1993, Kashima have proved by far Japan's most successful club team, having won the J.League title a record eight times, the J.League Cup a record six times and the Emperor's Cup five times for an unprecedented total of nineteen major domestic titles. Kashima also won their first AFC Champions League title in 2018. Kashima have finished in the top five of the league for over seventy percent of all seasons played to date, recorded an average end of season league placing of third and captured a major domestic title in over sixty percent of all seasons played to date.

Kashima won the most titles out of all the J.League Champions, and are also one of only two teams to have competed in Japan's top flight of professional football every year since its inception (the other being Yokohama F. Marinos). Kashima Soccer Stadium (カシマサッカースタジアム, Kashima Sakkā Sutajiamu) is a football stadium in the city of Kashima, in Ibaraki Prefecture, Japan. It is the home stadium of the Kashima Antlers, a team in the J1 League. The stadium has a capacity of 40,728.