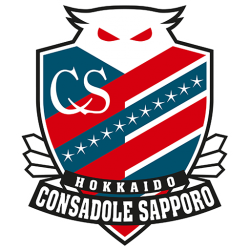 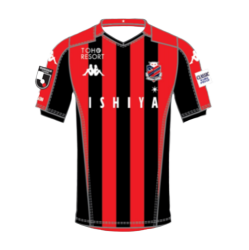 Hokkaido Consadole Sapporo (北海道コンサドーレ札幌, Hokkaidō Konsadōre Sapporo) is a Japanese professional football club, which plays in the J1 League. The team is based in Sapporo, on the island of Hokkaido.

The club name of "Consadole" is made from consado, a reverse of the Japanese word Dosanko (道産子, meaning "people of Hokkaido") and the Spanish expression Ole.

Unlike other teams, their main home ground at Sapporo Dome is also used by the Hokkaido Nippon-Ham Fighters baseball team, so some home games are moved to Sapporo Atsubetsu Stadium. Sapporo Dome (札幌ドーム, Sapporo Dōmu) is a stadium located in Toyohira-ku, Sapporo, Japan, and is primarily used for baseball and association football. It is the home field of the baseball team Hokkaido Nippon-Ham Fighters and the association football club Hokkaido Consadole Sapporo. It is one of the planned football venues for the 2020 Summer Olympics, was the venue for the opening ceremony of the 2017 Asian Winter Games, and was used for 2 matches of the 2019 Rugby World Cup. The stadium was previously a venue of the 2002 FIFA World Cup.