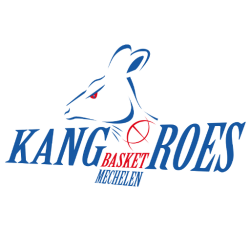 BC Oostende vs Kangoeroes Mechelen (20 Apr)

Kangoeroes Basket Mechelen, also known as Kangoeroes or Kangoeroes Mechelen, is a basketball club based in Mechelen, Belgium. Founded in 2009, the club plays in the Pro Basketball League (PBL), the top tier division in Belgium since 2013.
The club was founded in 2009, as a result of a merger between BBC Kangoeroes Willebroek and Boom BBC. The team name was BBC Kangoeroes Boom, but in summer 2013 the team was renamed Kangoeroes Basket Willebroek. In the 2013–14 season, Kangoeroes started playing in the professional Ethias League, after the club received a C-licence from the Belgium Basketball Federation. This license allowed the team to play with a considerably lower budget than other teams.
In January 2018, Kangoroes announced it would move the team to the city of Mechelen starting from the 2018–19 season. The arena in Willebroek did not fulfill the needs of the Division I. With its merger the club would merge with Pitzemburg Basket and the new team name will be Kangoeres Basket Mechelen.