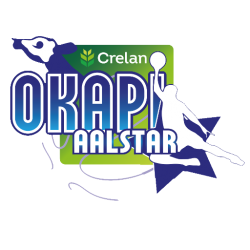 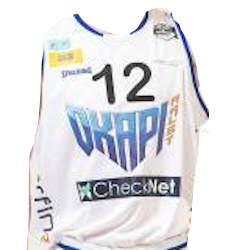 Okapi Aalstar, for sponsorships reasons named Crelan Okapi Aalstar, is a Belgian professional basketball club from Aalst, Belgium. The club competes in the top tier Pro Basketball League (PBL) and plays its home games in the Okapi Forum, which has a seating capacity of 2,800 people.
Okapi is a long-time participant of the Belgian first division, is the owner of one Belgian Cup and two Supercups. As well, Aalstar is a regular participant in European competitions; mostly in the EuroChallenge.
In the 2011–12 season, Aalstar won its first trophy ever with its Belgian Basketball Cup victory. Okapi defeated Antwerp Giants 96–89 after overtime. By winning the Cup, Okapi qualified for the Belgian Supercup the next season, which it also won after defeating BC Oostende. In 2013, Okapi won the Supercup for the second consecutive year by beating Oostende once again. Okapi Forum is a multi-purpose arena in Aalst, Belgium. Okapi Forum holds room for 2,800 people for basketball games. It hosts the home games of the Belgian League club Okapi Aalstar, as well as performances of music artists.