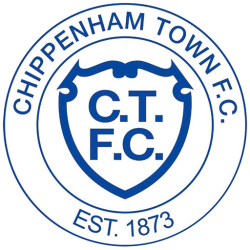 Chippenham Town Football Club is a football club based in Chippenham, Wiltshire, England. They are currently members of the National League South, the sixth tier of English football, and play their games at Hardenhuish Park.

The club moved to Hardenhuish Park in 1919, having previously played at at least four other grounds. A main stand was erected and subsequently added to on several occasions. A new clubhouse was opened in 1979 and floodlights were installed in 1986. Covered standing is provided behind one goal and along the opposite side of the pitch to the main stand. This was built in 1993, replacing an earlier stand that had been damaged by storms. The pitch at Hardenhuish Park has a noticeable slope, downwards towards the Bristol Road end. The ground currently has a capacity of 3,000, of which 300 is seated and 1,000 covered.