The Royal Challengers Bangalore (often abbreviated as RCB) are a franchise cricket team based in Bangalore, Karnataka, that plays in the Indian Premier League (IPL). One of the original eight teams in the IPL, the team has made three final appearances in the IPL, losing all of them (in 2009 to the Deccan Chargers, in 2011 to the Chennai Super Kings and in 2016 to the Sunrisers Hyderabad). The team also finished runners-up in the 2011 CLT20.

The home ground of the Royal Challengers is the M. Chinnaswamy Stadium in Bangalore. The team is currently captained by Virat Kohli and coached by Daniel Vettori.

New Cricketer Indian Premier League is a cricket tournament organised by the Board of Control for Cricket in India (BCCI) and backed by the International Cricket Council (ICC). For the inaugural tournament held in April–June 2008, the BCCI had finalised a list of 8 teams who will be participating in the tournament. The teams representing 8 different cities of India, including Bangalore, were put up on auction in Mumbai on 20 February 2008 and the Bangalore team was owned by Vijay Mallya, who paid US$111.6 million for it. This was the second highest bid for a team in the IPL, next only to Reliance Industries Ltd.'s bid of $111.9 million for the Mumbai Indians team. Though the franchise failed to justify the price tag at first, they soon rose to popular attention by roping in huge names like Virat Kohli,Chris Gayle, AB de Villiers and others.

The Royal Challengers have a passionate fan base especially in the city of Bangalore. The fans, known to be "loyal" and vocal in their support, often turn up in large numbers for RCB's home matches turning the stadium into what is called a "sea of red". They are well known for their chants of "R-C-B, R-C-B" and the co-ordinated Mexican wave at the Chinnaswamy. People often nickname Bangalore as "Ban-gayle-ore". The stadium organisers sometimes provide the home team fans with cheer kits, RCB flags and noisemakers among other items. Royal Challengers Bangalore have formed a fan-following group named as Bold Army. The M. Chinnaswamy Stadium, located in Bengaluru, Karnataka, is one of the cricket stadiums of India. Flanked by the picturesque Cubbon Park, Queen's Road, Cubbon and uptown MG Road, this four decade old stadium is situated in the heart of the city of Bangalore. Formerly known as the Karnataka State Cricket Association (KSCA) stadium, the ground was later rechristened in tribute to Mr. M. Chinnaswamy, who had served the KSCA for four decades and was also president of the Board of Control for Cricket in India (BCCI) from 1977–1980. This stadium with a seating capacity of around 38,000 not only regularly hosts Test cricket, One Day Internationals (ODI) and other First-class cricket matches, but also other musical and cultural events. The stadium is also the home ground of the Karnataka state cricket team and the Indian Premier League franchise Royal Challengers Bangalore. It is owned by the Government of Karnataka and has been leased out to the KSCA for a period of 99 years. The Chinnaswamy stadium is also the first stadium in India, and probably the world, to use solar panels to generate a bulk of the electricity needed to run the stadium. This has been procured as by the "Go Green" initiative of the KSCA. 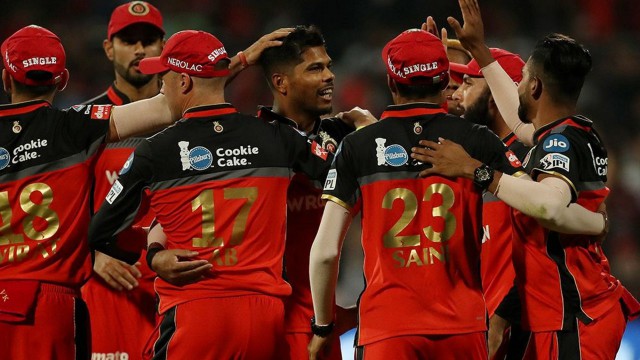