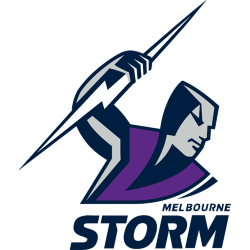 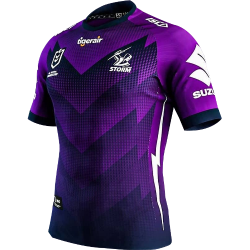 Melbourne Storm is an Australian professional rugby league football team based in Melbourne, Victoria that participates in the National Rugby League. The first fully professional rugby league team based in the state, they entered the competition in 1998. Melbourne Storm was originally a Super League initiative and created in 1997 during the Super League war. The club plays its home games at AAMI Park. The Storm has won two premierships since its inception, in 1999 and 2012, and has contested several more grand finals. A salary cap breach discovered in 2010 saw the club stripped of two titles by the NRL. Melbourne Storm also competes in the NRL's Under-20s competition and has done since its first season in 2008. AAMI Park became Melbourne's first large purpose-built rectangular stadium when completed in 2010. Referred to as Melbourne Rectangular Stadium during its construction, the ground was officially named AAMI Park on 16 March 2010, in an eight-year sponsorship deal with insurance firm AAMI. When the project to build the new stadium was approved, the largest stadiums in use were the MCG and Docklands Stadium. These were venues of oval configuration and best suited to Australian rules football or cricket. The previous largest rectangular stadium in the city, Olympic Park, was a repurposed track and field venue.

The stadium was one of five venues for the 2015 AFC Asian Cup, hosting the opening match and six other matches including one Quarter-final game. AAMI Park hosted rugby league Four Nations matches in 2010 amd 2014, and will also be used for the 2017 Rugby League World Cup.