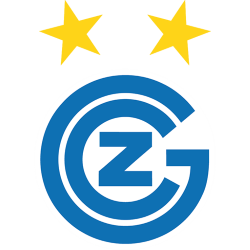 Grasshopper Club Zürich, commonly referred to as simply GC, GCZ, or Grasshoppers, is a multisports club based in Zürich, Switzerland. The oldest and best known department of the club is its football team. With 27 titles, Grasshopper holds the records for winning the most national championships and the Swiss Cups, 19 trophies in the latter. The club is the oldest football team in Zürich and maintains a substantial rivalry with FC Zürich.

After a number of appearances in European Cups and the UEFA Champions League, Grasshopper has become one of Switzerland's most recognizable football clubs. Today, in addition to its main football squad, the club has competitive professional and youth teams in rowing, ice hockey, handball, lawn tennis, court tennis, field hockey, curling, basketball, rugby, squash, floorball and beach soccer.