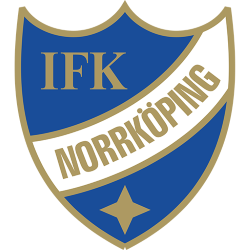 Idrottsföreningen Kamraterna Norrköping, more commonly known as IFK Norrköping or simply Norrköping, is a Swedish professional football club based in Norrköping. The club is affiliated to Östergötlands Fotbollförbund and play their home games at Östgötaporten. The club colours, reflected in their crest and kit, are white and blue. Formed on 29 May 1897, the club have won thirteen national championship titles and six national cup titles.

The club plays in the highest Swedish tier, Allsvenskan, which they first won in 1943. IFK Norrköping were most successful during the 1940s, when they won five Swedish championships and two Svenska Cupen titles under the Hungarian coach Lajos Czeizler and with players like Gunnar Nordahl and Nils Liedholm. The club once also had maverick Niclas Eliasson, who has gone on to become successful playing in England.

IFK Norrköping won the 2015 Allsvenskan, their first win since 1989, which also gave them a spot in the second qualification round of 2016–17 UEFA Champions League.

Nya Parken, formerly known as Norrköpings Idrottspark, also known as Östgötaporten for sponsorship reasons, is a multi-purpose stadium in Norrköping, Sweden. It opened in 1903 and is currently used mostly for football matches. It is the home arena for IFK Norrköping, IK Sleipner and for IF Sylvia. The stadium had a capacity of 19,414 people until 2008–09 when the arena was re-built. During the 1958 FIFA World Cup, it hosted some group stage matches. During the Euro 1992, it hosted CIS – Germany (1–1), Scotland – Germany (0–2) and Scotland – CIS (3–0), all in Group B.

In 2008–2009 the arena was rebuilt. The arena now uses Artificial grass and the capacity has decreased from 19,414 to 17,234 spectators. The new arena hosts 16 VIP booths, VIP seating for 515 spectators, three bars, two restaurants and small indoor training arena called "Teknikhallen". IFK Norrköping took over the ownership of the arena in 2010 from the city council of Norrköping in a 308.5 million SEK purchase. From its opening in 1904 until its renovation in 2009, the arena had been known as Norrköpings Idrottspark, but after the renovation the name was changed to Nya Parken.

In 2016, the arena changed name for the third time in its history. This time to Östgötaporten, after the naming rights was sold to a real estate company.