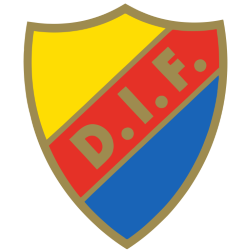 Djurgårdens IF Fotbollsförening – commonly known as Djurgårdens IF, Djurgården Fotboll (official name), Djurgården (IPA: ), and (especially locally) Djurgår'n (IPA: ), Dif or DIF – is the association football department of Djurgårdens IF. Founded 1891 on the island Djurgården, the club's home ground is Tele2 Arena, situated in the Johanneshov district of Stockholm.

Fans of the club, called djurgårdare, are found all over Stockholm and Sweden. However, Östermalm, where Djurgården's former home ground Stadion is situated, is by some considered the club's heartland. Djurgården is affiliated to the Stockholms Fotbollförbund.

Tele2 Arena, is a multi-purpose stadium in Stockholm Globe City, located in Johanneshov, just south of Stockholm City Centre, Sweden. It is used mostly for concerts and football matches, hosting the home matches of Allsvenskan teams Djurgårdens IF and Hammarby IF. The arena has a capacity of 30,000 to 33,000 spectators for football matches, depending on the number of people standing, and its facilities fulfill the requirements of FIFA and UEFA for hosting international games and tournaments. When configured for concerts, the arena has a capacity of 45,000.