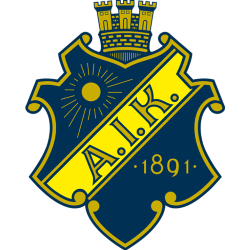 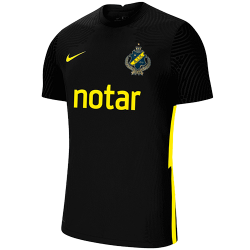 AIK, an abbreviation for Allmänna Idrottsklubben, (literally "The General Sports Club"), is a Swedish football club based at Friends Arena in Solna, a municipality in Stockholm County bordering Stockholm City Centre. The club was formed in 1891 in central Stockholm and the football department was formed in 1896.

League champions in 2009, AIK are currently third in the all-time Allsvenskan table. The club holds the record for being the Swedish club with most seasons in the top flight. AIK reached the quarter-finals of the 1996-97 UEFA Cup Winners' Cup and qualified for the 1999–2000 UEFA Champions League group stage and the 2012–13 UEFA Europa League group stage. The club is affiliated with the Stockholm Football Association Friends Arena, the football national arena of Sweden, is a retractable roof multi-purpose stadium located next to the lake Råstasjön in Solna, just north of Stockholm City Centre. The main tenants of the stadium are Sweden's national football team and Allsvenskan football club AIK. Both relocated from their previous home at the Råsunda Stadium. The venue has a total capacity of 65,000 at concerts and 50,000 seated at football matches, but the stadium can be scaled down to accomplish a more intimate setting to host smaller events with a capacity of approximately 20,000 guests. Friends Arena is the biggest football stadium, and indoor venue, in the Nordic countries.