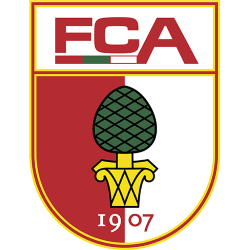 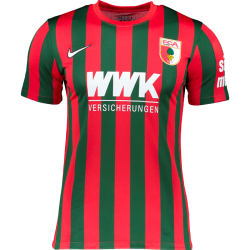 FC Augsburg, which has long fluctuated between the second and third division, experienced a difficult time in the early 2000s, suffering relegation to the fourth division for two seasons. FCA recovered from this, returning to professional football in 2006. At the end of the 2010–11 season, Augsburg were promoted to the Bundesliga for the first time. Since 2009, FC Augsburg's stadium has been the WWK ARENA. Augsburg Arena, currently known commercially as the WWK Arena (German pronunciation: , officially stylised as WWK ARENA) is a football stadium in Augsburg, Bavaria, Germany. It is used mostly for football matches and hosts the home matches of FC Augsburg.

The stadium has a capacity of 30,660 with 19,060 seats and standing room for 11,034. A second phase of construction could expand capacity to 49,000 in the future. It replaced the club's previous home stadium, Rosenaustadion.

During the time of designing and constructing the stadium, it was called "Augsburg Arena" . It was opened as "Impuls Arena" (, officially stylised as impuls arena), and was renamed "SGL Arena" (, officially stylised as SGL arena) after SGL Carbon acquired the naming rights for the structure in May 2011. The contract had a term of seven years and began on 1 July 2011. On 1 July 2015 the stadium naming rights were acquired by WWK, an insurance company, changing the official name of the stadium to "WWK ARENA".

WWK Arena is the first climate-neutral football stadium in the world. The carbon neutrality was achieved by six ecological heat pumps (40 m deep), which produce the desired temperature via heat exchangers. A bio natural gas boiler also supplies the necessary energy during peak load times at a game. In 2017, a new stadium facade will be made for the WWK Arena.