Zinedine Yazid Zidane (born 23 June 1972), popularly known as Zizou, is a French professional football manager and former player who was most recently the coach of Real Madrid. One of the most decorated active coaches, Zidane is also widely regarded to be one of the greatest players of all time, winning the 1998 Ballon d'Or alongside three FIFA World Player of the Year victories, and was known for his vision, passing, ball control, and technique.

A creative and technically renowned attacking midfielder, Zidane began his career in 1989 with Cannes, and signed for Bordeaux in 1992. He was voted the inagural Division 1 Young Player of the Year in 1994 and Player of the Year in 1996, and subsequently moved to Juventus, where he won two Serie A titles. In 2001, Zidane was the subject of the then-most expensive association football transfer when he signed for Real Madrid in a transfer worth €77.5 million. There, Zidane won a La Liga title and the UEFA Champions League, with his left-foot volleyed winner in the 2002 final considered to be one of the greatest goals in the competition's history.

Zidane made his senior international debut for France in 1994, earning 108 caps and scoring 31 goals, appearing in six major tournaments and ranking as his country's fifth-most capped player and fourth-highest all-time top goalscorer. Zidane won the 1998 FIFA World Cup, scoring twice in the final and was included among the All-Star Team. He also won UEFA Euro 2000, being named Player of the Tournament, and received the Golden Ball for Player of the Tournament at the 2006 World Cup, despite his infamous sending off in the final for headbutting Marco Materazzi. After retiring, Zidane was the ambassador for Qatar's bid to stage the 2022 FIFA World Cup, the first Arab country to host the tournament.

Zidane began his coaching career at Real Madrid Castilla in 2014, and assumed control of the first-team in 2016. He won eight trophies, including a La Liga title and three UEFA Champions Leagues, becoming the first coach to win the competition three times consecutively. He resigned in 2018, and returned in 2019, winning another La Liga before departing in 2021. 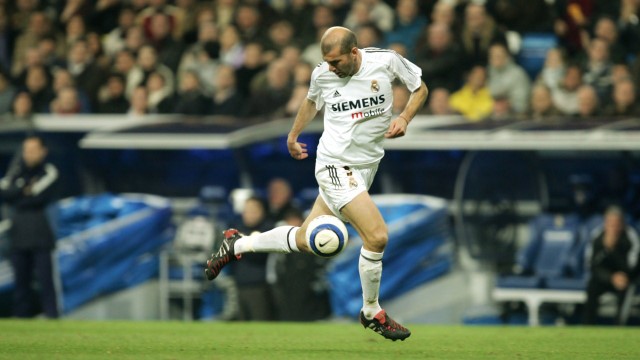