Eden Michael Hazard (born 7 January 1991) is a Belgian professional footballer who plays as a winger or attacking midfielder for Spanish club Real Madrid and captains the Belgium national team. Known for his creativity, speed, acceleration, dribbling and passing, Hazard is considered one of the best players in the world.

Hazard is the son of two former footballers and began his career in Belgium playing for local youth clubs. In 2005, he moved to France, where he began his senior career with Ligue 1 club Lille. Hazard spent two years in the club's academy and, at the age of 16, made his professional debut in November 2007. He went on to become an integral part of the Lille team under manager Rudi Garcia, making over 190 appearances. In his first full season as a starter, he won the Ligue 1 Young Player of the Year award, becoming the first non-French player to win the award. In the 2009–10 season, Hazard captured the award again, becoming the first player to win the award twice. He was also named to the Ligue 1 Team of the Year. In the 2010–11 season, he was a part of the Lille team that won the league and cup double and, as a result of his performances, was named the Ligue 1 Player of the Year, the youngest player to win the award. Hazard was also given the Bravo Award by Italian magazine Guerin Sportivo for his performances during this season.

In June 2012 Hazard signed for English club Chelsea; he won the UEFA Europa League in his first season and the PFA Young Player of the Year in his second. In the 2014–15 season, he helped Chelsea win the League Cup and Premier League, earning him the FWA Footballer of the Year and the PFA Players' Player of the Year awards. Two years later he won his second English league title as Chelsea won the 2016–17 Premier League. In 2018, he won the FA Cup, and was named in the FIFA FIFPro World XI. He won the Europa League again with Chelsea in June 2019, then joined Real Madrid in a transfer worth up to €150 million.

Hazard is a Belgium international, having represented his country at under-17 and under-19 level. Hazard made his senior international debut in November 2008, aged 17, in a friendly match against Luxembourg. Nearly three years after his debut, Hazard scored his first international goal against Kazakhstan in October 2011. He has since earned over 100 caps, and was a member of the Belgian squad which reached the quarter-finals of the 2014 FIFA World Cup and the UEFA Euro 2016. At the 2018 FIFA World Cup, he captained Belgium to third place which was their best finish in history, receiving the Silver Ball as the second best player of the tournament. 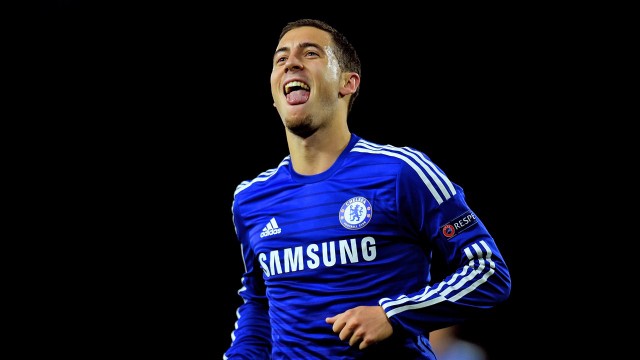 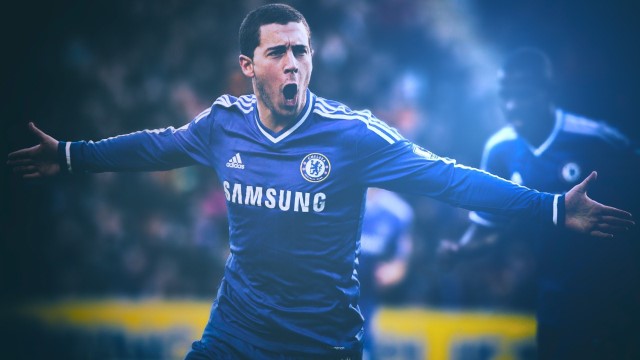