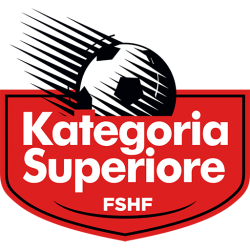 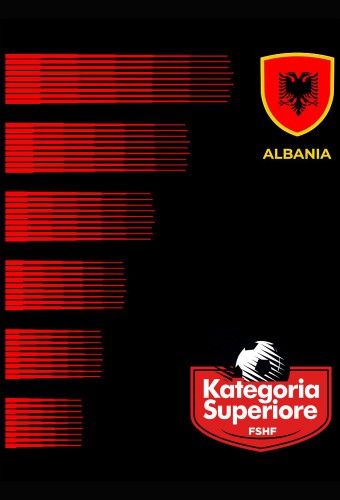 The Albanian Superliga (Albanian: Kategoria Superiore) is a professional league for men's association football clubs. At the top of the Albanian football league system, it is the country's primary football competition. It is contested by 10 clubs, and operates on a system of promotion and relegation with the Albanian First Division. Seasons run from August to May, with teams playing 36 matches each (playing each team in the league four times, twice at home and twice away).

The competition was founded in 1930 as the Albanian National Championship during the reign of King Zog, shortly after the creation of the Albanian Football Association. Since 1930, 43 clubs have competed in recognized competitions, while only nine clubs have won the title: KF Tirana (24), Dinamo Tirana (18), FK Partizani (16), Vllaznia (9), Skënderbeu (8), KF Elbasani (2), Flamurtari (1), Teuta (1) and FK Kukësi (1). The current champions are FK Partizani, who won their 16th title in 2018–19.