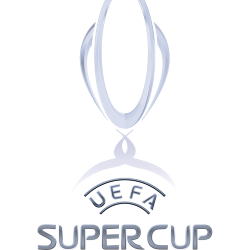 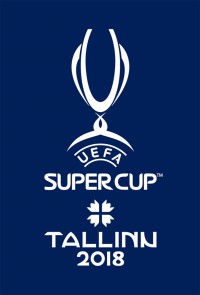 The UEFA Super Cup is an annual football match organised by UEFA and contested by the reigning champions of the two main European club competitions, the UEFA Champions League and the UEFA Europa League. It takes place at the start of the domestic season, in mid-August, normally on a Tuesday.

The current holders are Spanish club Atlético Madrid, who won 4–2 against Real Madrid in 2018. The most successful teams in the competition are Barcelona and Italian side Milan, who have won the trophy five times each.

History
The European Super Cup was created in 1971 by Anton Witkamp, a reporter and later sports editor of Dutch newspaper De Telegraaf. The idea came to him in a time when Dutch total football was Europe's finest and Dutch football clubs were living their golden era (especially Ajax). Witkamp was looking for something new to definitely decide which was the best team in Europe and also to further test Ajax's legendary team, led by their star player Johan Cruyff. It was then proposed that the winner of the European Cup would face the winner of the European Cup Winners' Cup.

All was set for a new competition to be born. However, when Witkamp tried to get an official endorsement to his competition, the UEFA president turned it down.

The 1972 final between Ajax and Scotland's Rangers is considered unofficial by UEFA, as Rangers were banned from European competition due to the behaviour of their fans during the 1972 UEFA Cup Winners' Cup Final. As a result, UEFA refused to endorse the competition until the following season. It was played in two legs and was financially supported by De Telegraaf. Ajax defeated Rangers 6–3 on aggregate and won the first (albeit unofficial) European Super Cup.

The 1973 final, in which Ajax defeated Milan 6–1 on aggregate, was the first Super Cup officially recognised and supported by UEFA.

Although the two-legged format was kept until 1997, the Super Cup was decided in one single match because of schedule issues or political problems in 1984, 1986, and 1991. In 1974, 1981 and 1985, the Super Cup was not played at all: 1974's competition was abandoned because Bayern Munich and Magdeburg could not find a mutually convenient date, 1981's was abandoned when Liverpool could not make space to meet Dinamo Tbilisi, while 1985's was abandoned due to a ban on English clubs' participation preventing Everton from playing Juventus.

After 15 consecutive Super Cups being played at Stade Louis II in Monaco between 1998 and 2012, the Super Cup is now played at various stadiums (similar to the finals of the Champions League and the Europa League). It was started with the 2013 edition, which was played at Eden Stadium in Prague, Czech Republic.

Starting in 2014, the date of the UEFA Super Cup was moved from Friday in late August, to Tuesday in mid-August, following the removal of the August international friendly date in the new FIFA International Match Calendar.

Venues
The competition was originally played over two legs, one at each participating club's stadium, except in exceptional circumstances; for instance in 1991 when Red Star Belgrade were not permitted to play the leg in their native Yugoslavia due to the war which was taking place at the time, so instead Manchester United's home leg was only played. Since 1998, the Super Cup was played as a single match at a neutral venue. Between 1998 and 2012, the Super Cup was played at the Stade Louis II in Monaco. Since 2013 various stadiums have been used. 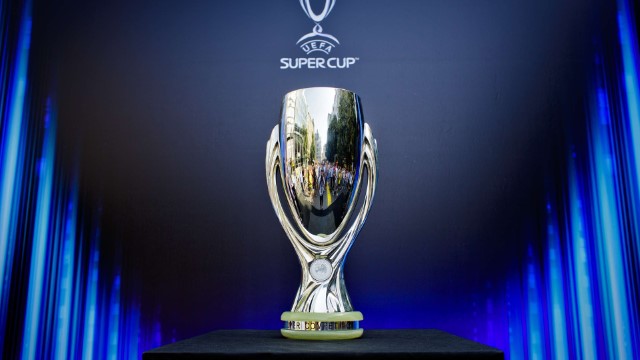 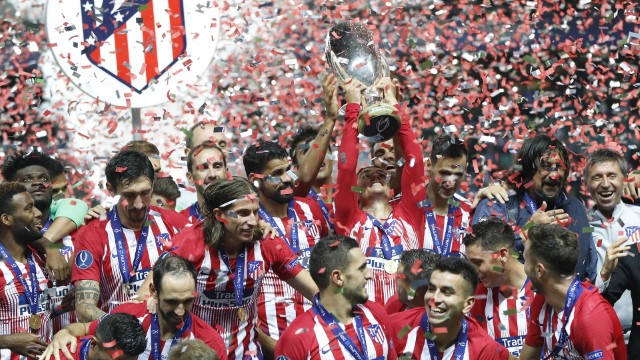 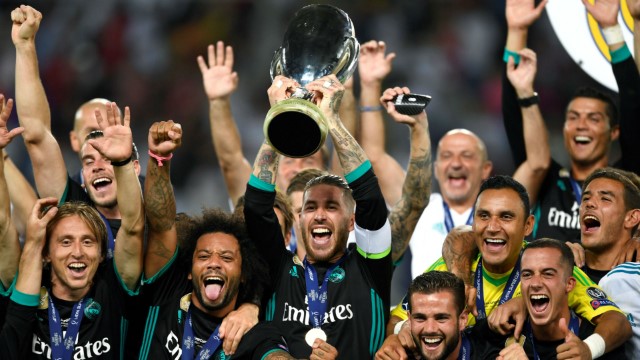 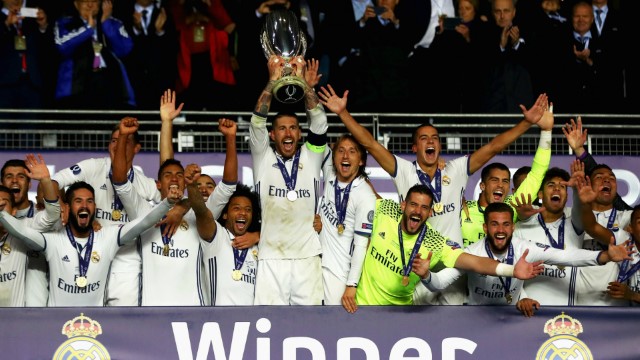