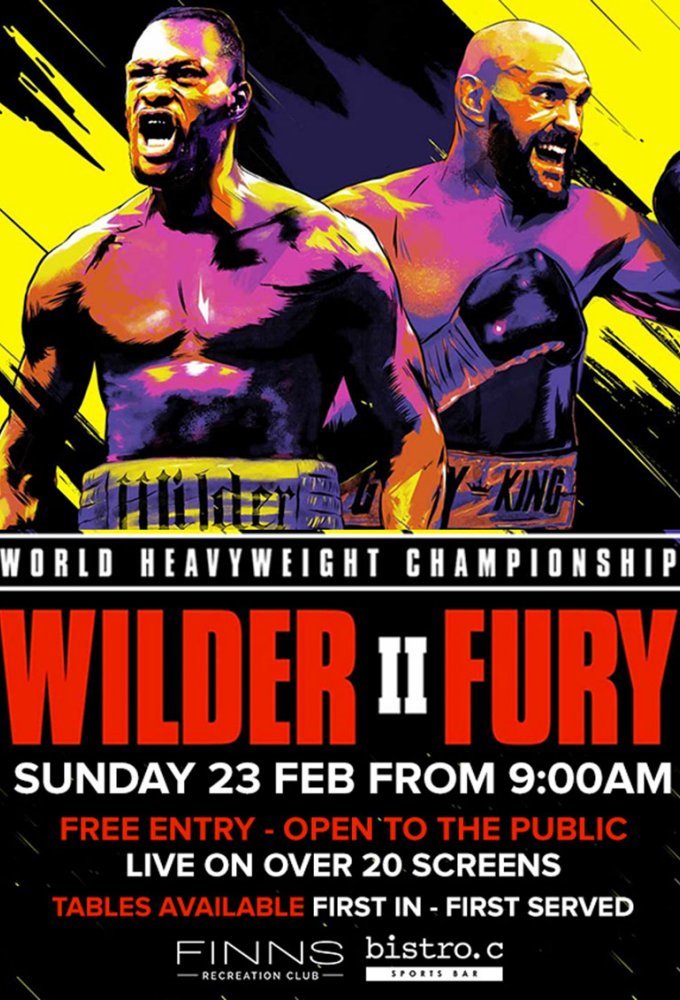 The long-awaited rematch of heavyweight titans is set, as undefeated WBC champion Deontay “The Bronze Bomber” Wilder and unbeaten lineal champion Tyson “The Gypsy King” Fury will continue their rivalry in the ring on Saturday, February 22 live from the MGM Grand Garden Arena in Las Vegas in a historic, joint FOX Sports PPV & ESPN+ PPV.

The fight was a rematch after the controversial split decision draw between Wilder and Fury on December 1, 2018. 27 leading Boxing journalists and publications scored the bout 15 for Fury as the winner and 3 for Wilder with 9 scoring it a draw. After the bout, there were calls for an immediate rematch. The WBC announced in February 2019 that there would not be an immediate rematch as Fury signed a contract with ESPN and Top Rank that meant the negotiations would be more difficult as the rematch would be a co-promotion, of which there had only been two before: Lennox Lewis vs. Mike Tyson in 2002 and Floyd Mayweather Jr. vs. Manny Pacquiao in 2015.

Both Fury and Wilder called each other out after their fights, and the rematch was officially announced on December 27, 2019 for February 22, 2020 at the MGM Grand Garden Arena in Las Vegas.