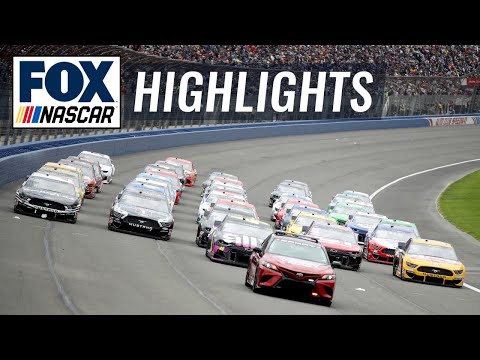 The Auto Club 400 is a 400-mile (643.737 km) NASCAR Cup Series stock car race held at the Auto Club Speedway in Fontana, California. Prior to 2005, the race was held in late April or early May, and until 2010, the race was run at a length of 500 miles. When the NASCAR Realignment of 2005 was made, the race was moved to February and the week following the Daytona 500. The February date stayed until the 2011 season when the date changed to March. After being pleased with the results of the shortening of the track's former fall race date, the Pepsi Max 400, from 500 to 400 miles Auto Club Speedway decided to do the same thing to its spring race.

In picking up his second career victory and his first in Fontana, California, Bowman led five times for 110 of the 200 laps in the third NASCAR Cup Series event of the 2020 season. He grabbed the top spot on Lap 133, gave it up briefly during a cycle of green-flag pit stops midway through the final run and regained it for the final time on Lap 167 when Brad Keselowski gave up the lead to come to pit road.
After Ryan Blaney — running second at the time — was forced to pit with three laps left because of a corded right rear tire, Bowman crossed the finish line 8.904 seconds ahead of runner-up Kyle Busch, who made a solid run forward from his 17th starting position.