Location
Circuit of The Americas
(0 Attendance) 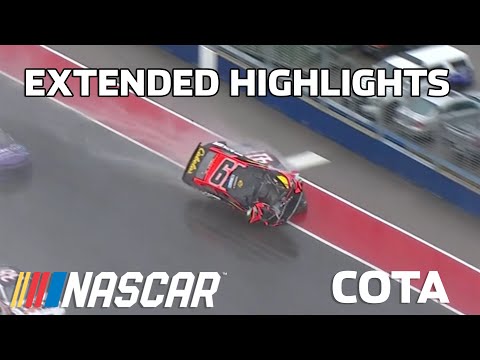 The EchoPark Texas Grand Prix is a NASCAR Cup Series stock car race at Circuit of the Americas in Austin, Texas. Introduced in 2021, the race is one of seven road course dates on the Cup Series schedule.
NASCAR announced on December 11 that the weekend's races would utilize the full, 3.426-mile course. To accommodate stock cars, safety changes to the track included placing tire barriers, extending the pit wall, adding caution lights, and installing curbs and rumble strips.
On February 25, 2021, Speedway Motorsports announced EchoPark Automotive would assume naming rights for the race, branding it the EchoPark Texas Grand Prix.

You can’t call a Chase Elliott victory on a road course “unexpected,” but little else was predictable in the inaugural NASCAR Cup Series race at the Circuit of The Americas road course in Austin, Texas.
Elliott came to COTA having won five of the previous 10 road races, and on Sunday the EchoPark Texas Grand Prix became No. 6 after NASCAR called the race 14 laps short of the scheduled finish because of excessive standing water on the track and potential danger to the drivers.
Elliott’s first victory of the season and 12th of his career accounted for significant milestones. He delivered the 268th Cup win for Hendrick Motorsports, tying the organization with Petty Enterprises for most all-time.