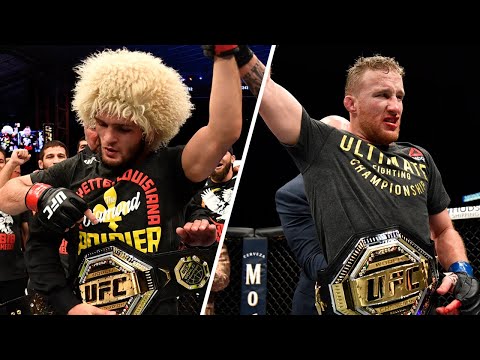 UFC 254: Khabib vs. Gaethje was a mixed martial arts event produced by the Ultimate Fighting Championship that took place on October 24, 2020 at the Flash Forum on Yas Island, Abu Dhabi, United Arab Emirates.

Background:
After his frustrated fight against Tony Ferguson over the lockdowns caused by the pandemic, Khabib Nurmagomedov puts his UFC lightweight champion belt back on the line, and does so to unify the title with Justin Gaethje, interim champion of the category. after beating precisely Tony Ferguson. Khabib has not fought in a year, when he successfully defended his champion status against Dustin Poirier.