The Women's PGA Championship is a women's professional golf tournament. First held in 1955, it is one of five majors on the LPGA Tour. It is not recognized as a major by the Ladies European Tour, which does not recognize any of the three majors played in the United States.
Formerly known as the LPGA Championship, the LPGA announced in 2014 that the PGA of America would become a partner of the event, and that it would be renamed the Women's PGA Championship beginning in 2015—becoming a sister event to the men's PGA Championship (in a similar manner to the U.S. Women's Open being a sister event to the men's U.S. Open). The partnership included a new title sponsorship agreement with KPMG, an increase in purse, and a commitment by NBC to provide network television coverage of the weekend rounds.
Prior to 2005, the LPGA Championship had a "professionals only" rule. This is similar to the men's PGA Championship, but contrasts with the U.S. and British Opens, which have long had both amateur and professional entrants through qualifying (henceforth the term "open"). Until its takeover by the PGA of America in 2015, the tournament was the LPGA's own event, and the LPGA was created specifically to provide opportunities for women in professional golf.

KPMG Women's PGA Championship: Sei Young Kim wins first major at Aronimink.
South Korea’s Sei Young Kim produced a flawless final round to win her maiden major with a commanding five-stroke victory.
It was a day of records for Kim as she set a championship scoring record with her total over the four rounds, while she also equalled the lowest final round in the event. 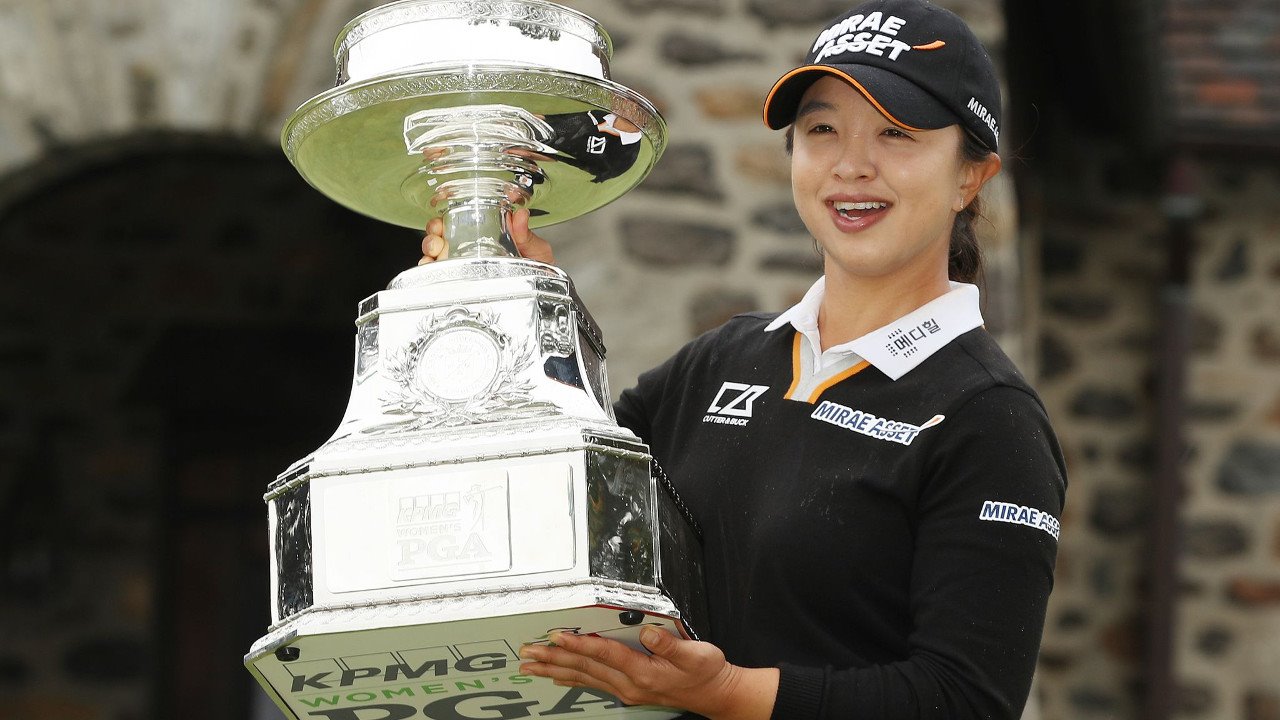