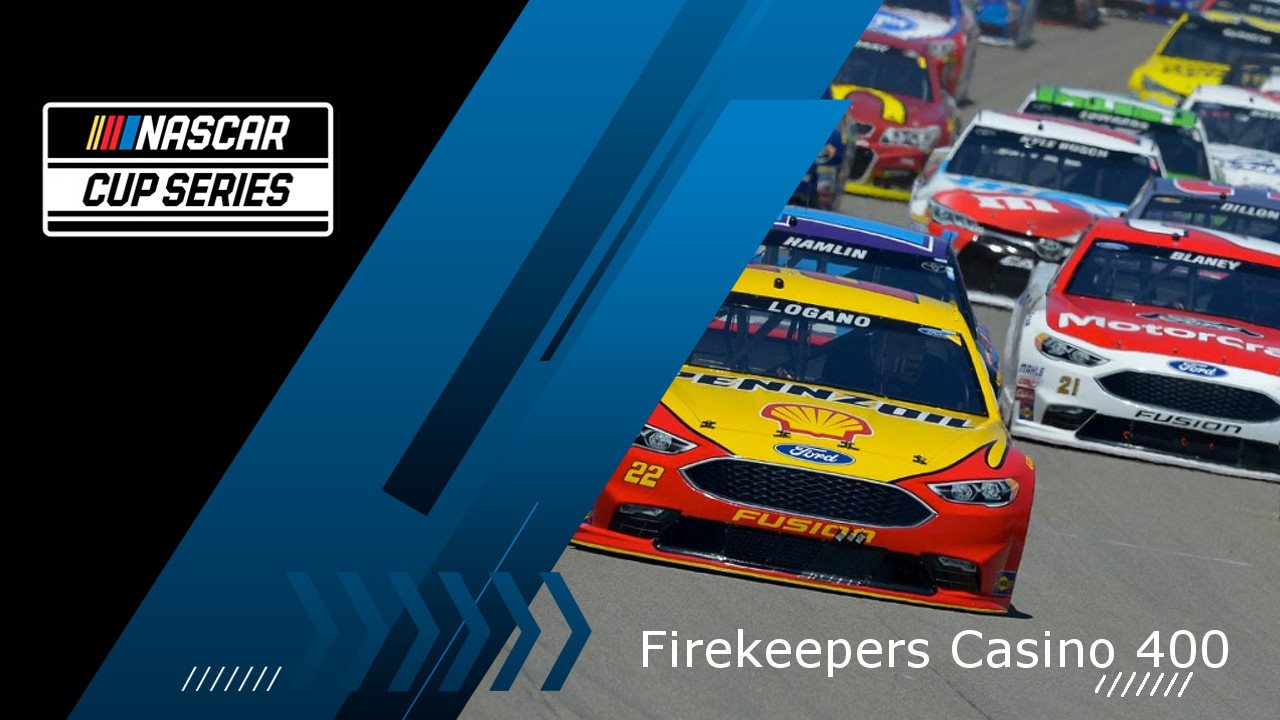 The FireKeepers Casino 400 is a 400-mile (643.737 km) NASCAR Cup Series stock car race held annually at Michigan International Speedway in Brooklyn, Michigan (15 of 36). It is the first of two NASCAR Cup Series races at Michigan, with the other one being the Consumers Energy 400 in mid-August.
This particular event had one of the longer title sponsorship arrangements. Miller Brewing Company sponsored the race from 1984-1998. In 2006, 3M signed a three-year agreement to sponsor the race, but after one year moved its sponsorship to the August race. Starting with the 2008 race, LifeLock had title sponsorship rights for three years pending the announcement by the speedway, but left after two. The LifeLock 400 was the name of the race formerly known as the Banquet 400 in 2007. From 2012 to 2015, Quicken Loans sponsored the race, and was replaced by FireKeepers Casino in 2016.
The 1999 race, won by Dale Jarrett, went without a caution. At an average speed of 173.997 mph, it set the NASCAR all-time record for a 400-mile race. In many seasons, the race falls on Father's Day weekend.

The NASCAR Cup Series field saw red most of Saturday afternoon – Kevin Harvick’s red-colored No. 4 Stewart-Haas Racing Ford, which dominated the FireKeepers Casino 400 at Michigan International Speedway, resulting in Harvick’s third Michigan win in the last four races and fourth of his career.
It marked his fifth victory of the year, tying him with Denny Hamlin for most in the series in 2020.