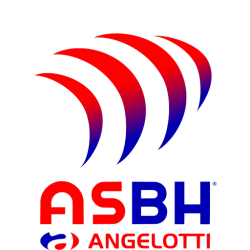 Association Sportive Béziers Hérault (Occitan: Associacion Esportiva de Besièrs Erau), often referred to by rugby media simply by its location of Béziers, is a French rugby union club currently playing in the second level of the country's professional rugby system, Pro D2. They earned their most recent promotion as 2011 Fédérale 1 champions, but the club also won 11 Top 14 titles since its establishment in 1911.

Béziers was a major force in French rugby throughout the 1970s and 1980s; however, at the end of 2004–05 season they were relegated to Pro D2. After some years playing in French second division, they finished bottom of the table in 2008–09 and were relegated to amateur Fédérale 1, before returning to Pro D2 after their 2011 title. They are based in Béziers in Occitania, and play at Stade Raoul-Barrière (capacity 18,555). The club colors are red and blue.

Stade Raoul-Barrière, formerly Stade de la Méditerranée, is a multi-purpose stadium in Béziers, France. The stadium is able to hold 18,555 (16,110 seated) people and was built in 1989. It is currently used mostly for rugby union matches and is the home stadium of AS Béziers Hérault.

It hosted the first two Pool C matches of the 1999 Rugby World Cup. On October 1, it hosted Fiji versus Namibia with Fiji winning 67 - 18. The following day, it hosted quin-hosts France versus Canada with France winning 33. - 20.

In addition to AS Béziers Hérault matches, the stadium has hosted Castres Olympique rugby union matches versus Toulouse in August 2010, and versus Stade Français in August 2014.

On 9 March, 2018, it hosted Six Nations Under 20s Championship between France and England with France losing 6–22.

On 15 August 2009 Stade de la Méditerranée hosted another Rugby league game in which Catalans Dragons hosted Hull F.C. in front of 6,500 fans. Catalans Dragons ran out winners with an 18 - 6 win over Hull FC.

In May 2019, the stadium was renamed the Raoul-Barrière Stadium in honor of the Grand Béziers coach two months after his death.