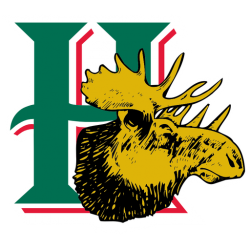 The Halifax Mooseheads are a Canadian major junior ice hockey club in the Quebec Major Junior Hockey League (QMJHL) based in Halifax, Nova Scotia, Canada. The team was founded in 1994 and began play in the Dilio Division of the QMJHL from the 1994–95 season. They have appeared in the President's Cup Finals four times, winning in 2013. The other three appearances were in 2003, 2005 and 2019. They hosted the Memorial Cup tournament in 2000 and 2019 and won the Memorial Cup in 2013. The team plays their home games in the Scotiabank Centre with a capacity of 10,595 seats.

The Mooseheads were the first team from Atlantic Canada to join the QMJHL. With the Mooseheads' success, the QMJHL then expanded to several other east coast cities. The QMJHL's eastward expansion has been credited with elevating the skill level and the career opportunities for hockey talent from the region. In the 2018–19 season, three of the NHL's top seven scorers were QMJHL alumni from Halifax; two of them former Mooseheads.

Scotiabank Centre (formerly known as Halifax Metro Centre) is the largest multi-purpose facility in Atlantic Canada, located in the heart of downtown Halifax, Nova Scotia, Canada. The main entrances to the building are located on Brunswick Street, at the corners of Duke Street and Carmichael Street, at the foot of Citadel Hill. The building's box office entrance is located on Carmichael Street.