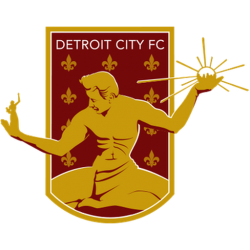 Detroit City Football Club (DCFC) is an American professional soccer club based in Detroit, Michigan that competes in the National Independent Soccer Association (NISA). Prior to joining the NISA in 2019, the club played in the Midwest Region of the National Premier Soccer League (NPSL), a national amateur league in the unofficial fourth tier of the American Soccer Pyramid. The club played its home matches at Cass Technical High School in Midtown Detroit until 2015, before moving to Keyworth Stadium in Hamtramck, an enclave of Detroit. The club is managed by Trevor James, a former Ipswich Town F.C. player who later was an assistant coach and scout under Bobby Robson.

The team's nickname is Le Rouge, derived from Detroit's French roots and the River Rouge that flows through Detroit and many of its suburbs. As well as fielding a men's professional team, Detroit City also fields a Men's U-23 side in the Midwest Premier League, a Women's senior side in United Women's Soccer, a Women's reserve side in UWS-2, and various youth teams throughout Metro Detroit.

Keyworth Stadium is a 7,933 seat multi-purpose stadium located in Hamtramck, Michigan, an enclave of Detroit. It was opened by former president Franklin Delano Roosevelt on October 15, 1936, during his second campaign for president. Keyworth was the first Works Progress Administration project in the state of Michigan.

The stadium is owned by Hamtramck Public Schools and it is currently used mostly for soccer and American football matches.