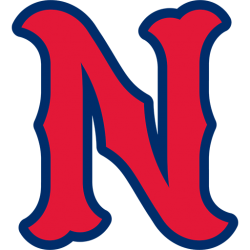 The Nashville Sounds are a Minor League Baseball team of the Triple-A East and the Triple-A affiliate of the Milwaukee Brewers. They are located in Nashville, Tennessee, and are named for the city's association with the music industry. The team plays their home games at First Horizon Park, which opened in 2015 and is located on the site of the historic Sulphur Dell ballpark. The Sounds previously played at Herschel Greer Stadium from its opening in 1978 until the end of the 2014 season. They are the oldest active professional sports franchise in Nashville.

Nashville has served as a farm club for eight Major League Baseball franchises. A total of 29 managers have led the club and its over 1,300 players. Prior to the start of the 2021 season, their 44th year in Nashville, the Sounds have played 6,004 regular season games and compiled a win–loss record of 3,083–2,921. They have a postseason record of 42–41. Combining all 6,087 regular season and postseason games, the Sounds have an all-time record of 3,125–2,962.

First Horizon Park, formerly known as First Tennessee Park, is a baseball park in downtown Nashville, Tennessee, United States. The home of the Triple-A Nashville Sounds of the Triple-A East, it opened on April 17, 2015, and can seat up to 10,000 people. It replaced the Sounds' former home, Herschel Greer Stadium, where the team played from its founding in 1978 until 2014.

The park was built on the site of the former Sulphur Dell, a minor league ballpark in use from 1885 to 1963. It is located between Third and Fifth Avenues on the east and west (home plate, the pitcher's mound, and second base are directly in line with Fourth Avenue to the stadium's north and south) and between Junior Gilliam Way and Harrison Street on the north and south. The Nashville skyline can be seen from the stadium to the south.

The design of the park incorporates elements of Nashville's baseball and musical heritage and the use of imagery inspired by Sulphur Dell, the city's former baseball players and teams, and country music. Its most distinctive feature is its guitar-shaped scoreboard—a successor to the original guitar scoreboard at Greer Stadium. The ballpark's wide concourse wraps entirely around the stadium and provides views of the field from every location.

Though primarily a venue for the Nashville Sounds, collegiate and high school baseball teams based in the area, such as the Vanderbilt Commodores and Belmont Bruins, have played some games at the ballpark. It is also home to the City of Hope Celebrity Softball Game. Nashville SC, a soccer team of the United Soccer League Championship, played its home matches at the facility from 2018 to 2019.