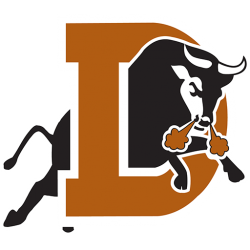 The Durham Bulls are a Minor League Baseball team of the Triple-A East and the Triple-A affiliate of the Tampa Bay Rays. They are located in Durham, North Carolina, and play their home games at Durham Bulls Athletic Park.

Originally established in 1902 as the Durham Tobacconists and disbanded and restarted numerous times over the years, the Bulls became internationally famous following the release of the 1988 movie Bull Durham starring Kevin Costner, Tim Robbins, and Susan Sarandon.

Durham Bulls Athletic Park (DBAP, pronounced "d-bap") is a 10,000-seat ballpark in Durham, North Carolina that is home to the Durham Bulls, the Triple-A affiliate of the Tampa Bay Rays of Major League Baseball. It is also home to the Duke Blue Devils and North Carolina Central Eagles college baseball teams. The $18.5-million park opened in 1995 as the successor to the Durham Athletic Park.