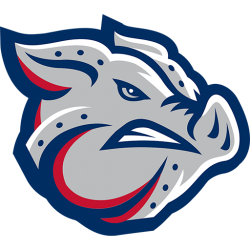 The Lehigh Valley IronPigs are a Minor League Baseball team of the Triple-A East and the Triple-A affiliate of the Philadelphia Phillies. They are located in Allentown, Pennsylvania, and are named in reference to pig iron, used in the manufacturing of steel, for which the Lehigh Valley region of Pennsylvania is well known. The IronPigs have played their home games at Coca-Cola Park since their inaugural 2008 season.

Following the 2007 season, the Ottawa Lynx relocated to Allentown as the Lehigh Valley IronPigs. They were members of the Triple-A International League (IL) for 13 seasons through 2020. Though they made four appearances in the Governors' Cup playoffs, they did not win an IL championship while members of the league. In conjunction with Major League Baseball's reorganization of Minor League Baseball in 2021, the IronPigs were shifted to the Triple-A East.