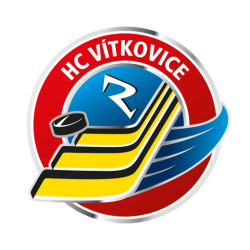 HC Vítkovice Ridera is an ice hockey club based in Vítkovice (The Moravian-part of Ostrava) in the Czech Republic, competing in the Czech Extraliga. It plays at Ostravar Aréna (formerly Palác kultury a sportu Ostrava-Vítkovice).
The club was founded in 1928 after the merger of SK Moravská Slavia and SK Slovan Ostrava. Vítkovice were the champions of the Czechoslovak First Ice Hockey League in the 1951–52 and 1980–81 seasons. OSTRAVAR Aréna (previously ČEZ Aréna, due to sponsorship reasons) is an indoor arena used mainly for ice hockey matches, in Vítkovice, Ostrava, Czech Republic. It opened in 1986, and underwent a €23.3 million renovation in 2003–2004. It is the home of ice hockey club HC Vítkovice.
The capacity of the arena is 9,779, plus 16 skyboxes, making it the fourth-largest hockey venue in the Czech Republic. The rink can be converted into seating for concerts, increasing the capacity to 12,500.