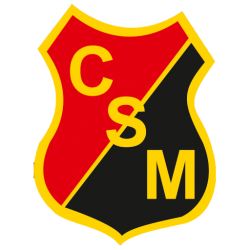 History
San Martín was founded by some management leaders of former Club 9 de Julio, which had recently closed. Those men decided to create an institution which served as a social place where people could meet and practise sports. Originally, the club was named "Robson Tenis Club", as a homage to local tennis champion Guillermo Robson. In that assembly, Dr. Antonio Peluffo was appointed as the first president of the institution.

From the beginning the club hosted diverse activities such as basketball, tennis, track and field, table tennis and swimming.

One year after (1933) San Martín acquired the lands for setting up its headquarters (in the corner of Salta and Moreno streets), which remains the same nowadays.