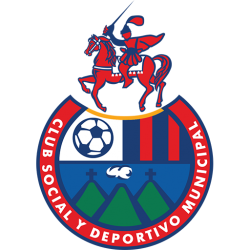 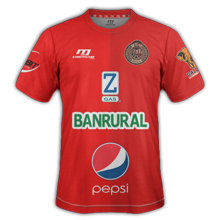 Club Social y Deportivo Municipal, also known as Municipal or Los Rojos (the Reds), is a Guatemalan football club based in Guatemala City.

They compete in the Liga Nacional, the top tier of Guatemalan football, and play their home matches at the Estadio Manuel F. Carrera. As of 2015, they are the team that has remained the most years at the top level in Guatemala, having done so since the inception of the national league in 1942. They have won the domestic league 30 times; most recently winning the 2017 Clausura tournament. They won the CONCACAF Champions' Cup in 1974.

Municipal is the most popular football club in Guatemala and are traditional arch-rivals of Comunicaciones, who are also based in Guatemala City.

Estadio Manuel Felipe Carrera, also known as Estadio El Trébol, is a football stadium in Guatemala City, Guatemala. It serves as the training venue and home ground for CSD Municipal (Los Rojos), one of the most traditional clubs in the country. The stadium has a capacity of 5,000.

A 2017 report by the National Football Federation of Guatemala found that the stadium was one of only four stadiums in Guatemala which met FIFA standards for security and infrastructure.