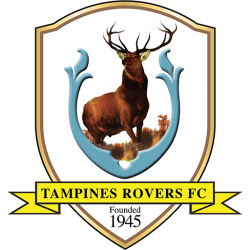 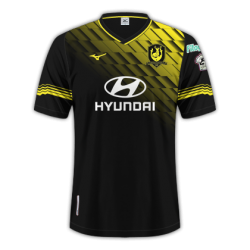 Tampines Rovers Football Club, commonly known as Tampines Rovers or simply Rovers, is a professional football club based in Tampines, Singapore, that competes in the Singapore Premier League. Nicknamed "The Stags", the club was founded in 1945 and settled on its current name six years later. Their home ground is currently at Our Tampines Hub, where they had been since 2017, after six years playing away due to the construction of their new stadium.

Tampines Rovers is one of the wealthiest football clubs in Singapore. They were previously sponsored by Hyundai and Komoco Motors until 2016 season, ending a 15-year association. It is also one of the more widely supported football clubs in Singapore, attracting high attendances at both home and away games. Its main rival is Geylang International, with whom they contest the Eastern Derby.

Our Tampines Hub (Abbreviation: OTH) is Singapore’s first-ever integrated community and lifestyle building in Tampines, Singapore. It is located on the grounds of the former Tampines Stadium and Tampines Sports Hall and is part of the Tampines Regional Centre development.

Built based on feedback from 15,000 residents, the complex was officially opened by Prime Minister Lee Hsien Loong on 6 August 2017. The current multi-purpose complex replaced the former Tampines Stadium, Tampines Sports Hall, Tampines Swimming Complex, the Housing and Development Board (HDB) Tampines Branch Office and the Tampines Regional Library, housing them under one roof.