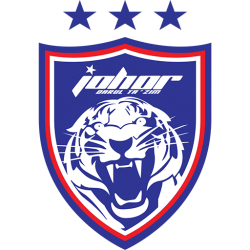 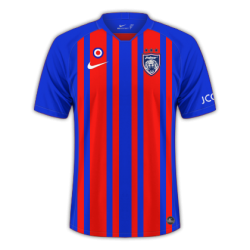 Johor Darul Ta'zim Football Club (Malay: Kelab Bola Sepak Johor Darul Ta'zim), or simply JDT, is a football club based in Johor Bahru, Johor, Malaysia. The club was founded in 1972 (as PKENJ FC) and currently plays in the top division of Malaysian football, the Malaysia Super League. The club is owned by Tunku Ismail Sultan Ibrahim. In 2014, JDT gained their first major honour by winning the national league during the first season under Croatian manager Bojan Hodak. Under Argentine Mario Gómez's tutelage, they won the 2015 AFC Cup as well as the Malaysian Piala Sumbangsih and 2015 Super League. By winning the AFC Cup, JDT became the second Malaysian team since 1967 to enter a final of a major continental competition, and the first ever Malaysian club to win a continental title. JDT is the first team in the country to win six consecutive league titles (2014, 2015, 2016, 2017, 2018, and 2019). Before this achievement, no team had ever won the league championship more than twice in a row since the league system was first introduced in Malaysia in 1979.

Since 2012, Johor Darul Ta'zim FC also implied a new nickname Southern Tigers (Malay: Harimau Selatan), replacing the old nickname Jengking (Scorpion). The new nickname is based on the Johor State Council coat of arms. The team's home ground is a 40,000 capacity Sultan Ibrahim Larkin Stadium. Since 2013, the club has developed a fierce rivalry with Pahang FA and Felda United.

As the new home of Johor Darul Ta'zim F.C. of the Malaysian Super League since 2020, the stadium replaced Larkin Stadium which has housed the current team and the previous Johor football teams since 1964. The total cost of the construction is estimated at MYR 200 million. The stadium has a capacity for 40,000 spectators and opened in January 2020.