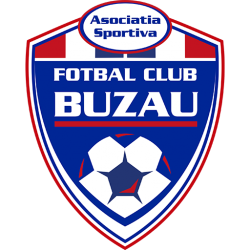 Fotbal Club Buzău, commonly known as FC Buzău or simply as Buzău, is a Romanian association football club based in Buzău, Buzău County, currently playing in the Liga II.

Founded as a chance of continuity for the football in Buzău, the club does not hold the record of the old team (FC Gloria Buzău), but enjoys the support of the local fans (including the ultras group Peluza Crâng), who consider it as the main club of the city and the successor, at least unofficially, of the football history from the Crâng park.

Stadionul Municipal is a multi-purpose stadium located near Crâng Park, in Buzău, Romania. It is currently used mostly for football matches and is the home ground of Gloria Buzău. The stadium was built between 1936–1942, on the initiative of Buzău mayor Stan Săraru. It underwent a major refurbishment between 1971 and 1976. It was refurbished again in 2007 when it was transformed into an all-seater stadium.