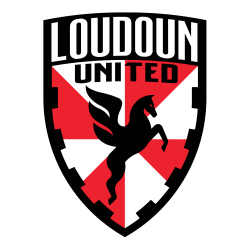 Loudoun United FC is an American professional soccer team based in Leesburg, Virginia. The team was founded in 2018 as the reserve team of D.C. United and made its debut in the USL Championship in 2019.

Segra Field is a soccer-specific stadium in Leesburg, Virginia and the home of Loudoun United FC of the USL Championship.

The stadium is located within Phillip A. Bolen Park, and adjacent to Loudoun Soccer Park. In addition to the stadium, a training facility, and team offices for D.C. United of MLS and youth development academy will be housed there. The project was supposed to be completed in time for the 2019 USL season, but the completion date was moved to August 2019 due to zoning issues.

History
The stadium hosted its first game on August 9, 2019, as Loudoun United FC played Charlotte Independence at the stadium. On July 8, 2019, it was announced that Segra, an independent fiber bandwidth company, has signed a multi-year agreement to become the naming-rights partner for the stadium. Loudoun United FC won their first game in Segra Field on August 31, 2019, defeating North Carolina FC 4–0.

The Washington Spirit announced on November 12, 2019, that the team would play four games in Segra Field for their 2020 season.

On December 4, 2019, Loudoun United FC asked the Loudoun County Board of Supervisors for $10 million to complete the stadium. They asked for assistance to complete public bathrooms, locker rooms, parking, and a new training facility.