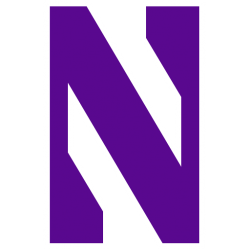 The Northwestern Wildcats men's basketball team is an NCAA Division I college basketball team representing Northwestern University in the Big Ten Conference. Men's basketball was introduced at Northwestern in 1901. As of 2020 the team is coached by Chris Collins. The Wildcats received their only invitation to the NCAA Tournament in 2017, after 78 straight years without a bid. The Wildcats have won two Big Ten conference championships (1931 and 1933).
Although Northwestern had great success in the early part of the 20th century, it has spent most of the time since World War II in the bottom half of the Big Ten. The Wildcats were retroactively selected as the 1930–31 national champion by both the Helms Athletic Foundation and the Premo-Porretta Power Poll, and have won only one other conference title, in 1933.

Welsh–Ryan Arena is a 7,039-seat multi-purpose arena in Evanston, Illinois, United States, near the campus of Northwestern University. It is home to four Northwestern Wildcats athletic teams: men's basketball, women's basketball, women's volleyball, and wrestling. It is located inside McGaw Memorial Hall, to the north of Ryan Field.
The building opened in 1952 as a replacement for Patten Gymnasium, and was the site of the Final Four for the 1956 NCAA Division I Men's Basketball Tournament. It was extensively renovated in 1983, at which time the main arena was renamed Welsh–Ryan Arena. At the conclusion of the 2016–17 basketball season, the arena was renovated and upgraded as part of a $110 million project completed in late 2018. The renovation displaced the athletic programs that use the arena for the 2017–18 season.