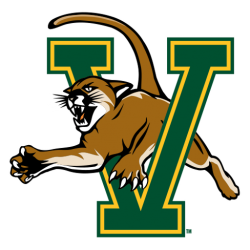 The Vermont Catamounts Men's Basketball team is the men's basketball team that represents the University of Vermont in Burlington, Vermont. The school's team currently competes in the America East Conference and plays its home games at Patrick Gym. The team has reached the NCAA Division I Men's Basketball Tournament eight times, in 2003, 2004, 2005, 2010, 2012, 2017, 2019 and 2020. UVM famously upset Syracuse University in the first round of the 2005 tournament. The Catamounts are coached by John Becker.

The Roy L. Patrick Gymnasium is a 3,228 seat (3,266 for men's and women's basketball) multi-purpose arena in. It was built in 1963 to replace the Old Gymnasium, a then-60-year-old facility now known as the Royall Tyler Theater. It is used mainly as the home arena of the Vermont Catamounts men's and women's basketball teams. It has been the site of the 2004, 2005, 2007, 2010, 2013, 2017, 2018 and 2019 America East men's basketball tournament championship games, as the higher seed in the final hosts the game. The championship games were all televised on ESPN or ESPN2. Vermont has consistently been among the America East leaders in home attendance and in 2004–05, it became the only America East men's basketball program to sell out every game for an entire season