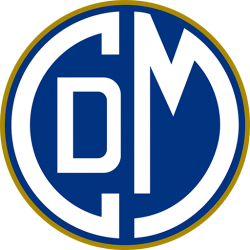 Club Centro Deportivo Municipal, commonly known as Deportivo Municipal, is a Peruvian football club based in Lima, Peru. They are among Peru's most recognizable clubs and enjoy considerable popularity. The bulk of their success was won a few years after the club was founded in 1935. The club was a top-flight contender during this period and won four Primera División titles. The club suffered relegation three times in their history: 1967, 2000, and 2007. They have also been champions of the Segunda División on three occasions: 1968, 2006, and 2014, granting them promotion to the first division. In 2014, they won the Segunda División and they currently compete in the Primera División Peruana.

Deportivo Municipal was one of the first Peruvian clubs to participate in a South American international football competition. In 1948, they were invited to the South American Championship of Champions and finished fourth where clubs from seven of the then nine CONMEBOL football associations participated.