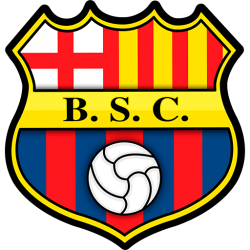 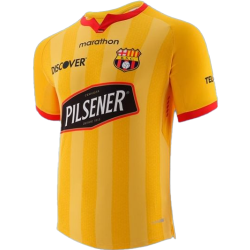 Barcelona Sporting Club is an Ecuadorian sports club based in Guayaquil, known best for its professional football team. They currently play in the Ecuadorian Serie A, the highest level of football in the country, and hold the distinction of being the only club in Ecuadorian history not to be relegated to the Serie B.

Barcelona de Guayaquil is the most successful football team in Ecuador, having won the Serie A title a record 15 times, most recently in 2016. They have also won six regional titles (five in the professional era), and were the first Ecuadorian club to make it to the Copa Libertadores finals, having done so twice.

Barcelona de Guayaquil was founded on May 1, 1925, by Eutimio Pérez, a Spanish immigrant who named the club after his home city of Barcelona. Since then, Barcelona de Guayaquil has become the most popular club in the country. The club holds a long-standing rivalry with Emelec, where matches between the two teams are referred to as "El Clásico del Astillero". The club plays their home matches in Estadio Monumental Banco Pichincha, the largest stadium in the country.

In addition to football, the club has teams in professional basketball, bowling, boxing, swimming, volleyball, baseball, athletics, and tennis. In 2008, its basketball team was the champion in the Ecuadorian National Basketball League.

The Estadio Monumental Banco Pichincha is a football stadium located in the parish of Tarqui in northern Guayaquil, Ecuador. The stadium is the home to Ecuadorian football club Barcelona.