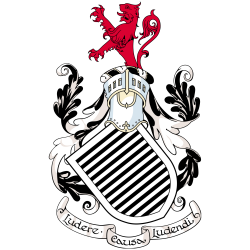 The club was fully amateur for the first 152 years and has played in white and black hoops as shirt colours for the vast majority of its existence. For many years the club was the only fully amateur club in the Scottish professional leagues, until its membership voted to end that status in November 2019. The club's amateur status was reflected by its Latin motto, 'Ludere Causa Ludendi' – 'To Play for the Sake of Playing'.

Queen's Park is also the only Scottish football club to have played in the FA Cup Final, achieving this feat in both 1884 and 1885. With 10 titles, Queen's Park has won the Scottish Cup the third most times of any club, behind only Rangers and Celtic, although their last such win was in 1893. Queen's were the record holders of the Scottish Cup for 51 years until the 1924–25 season when their record was overtaken by Celtic, who then won the Cup for an 11th time.

For over a century the club's home was Hampden Park in south-east Glasgow, a Category 4 stadium which is also the home of the Scotland national team. The club are due to move into their reserve and training ground adjacent to the main stadium, Lesser Hampden, with plans to redevelop it into a 1774-seat stadium.

Hampden Park (often referred to as Hampden) is a football stadium in the Mount Florida area of Glasgow, Scotland. The 51,866-capacity venue serves as the national stadium of football in Scotland. It is the normal home venue of the Scotland national football team and Scottish League Two club Queen's Park. Hampden regularly hosts the latter stages of the Scottish Cup and Scottish League Cup competitions and has also been used for music concerts and other sporting events, such as when it was reconfigured as an athletics stadium for the 2014 Commonwealth Games.