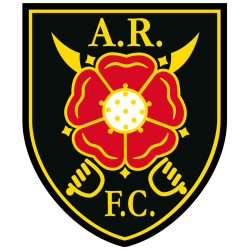 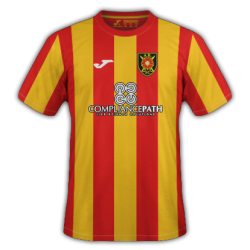 Albion Rovers Football Club is a semi-professional football team from Coatbridge, North Lanarkshire, Scotland. They are members of the Scottish Professional Football League (SPFL) and, as of the 2019–20 season, play in League Two, the fourth tier of the Scottish football league system. Founded in 1882 as the result of an amalgamation of two teams, Albion and Rovers, the club joined the Scottish Football League initially in 1903 before returning in 1919 and, although they have spent most of their time in the lower divisions, have maintained their league membership since. Their sole major honours during that time have been wins in the lower two divisions of the senior league system.

Cliftonhill Stadium, commonly known as Cliftonhill currently 'The Reigart Stadium' for sponsorship purposes, is a football stadium in Coatbridge, North Lanarkshire, Scotland. It is the home ground of Scottish Professional Football League team Albion Rovers F.C., who have played at the ground since 1919.