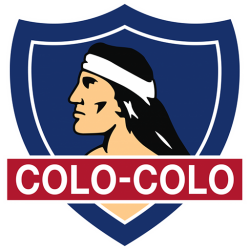 Huachipato vs Colo-Colo (23 May) 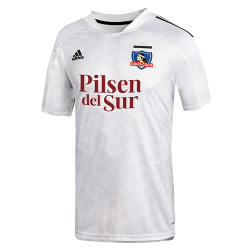 Club Social y Deportivo Colo-Colo is a Chilean football club based in Macul, Santiago. Founded in 1925 by David Arellano and Guido Torres Henríquez, they play in the Chilean Primera División, from which they have never been relegated. The team has played its home games at Estadio Monumental David Arellano since 1989. Colo-Colo is regarded as the most successful club of Chilean football.

Colo-Colo has won more Primera División de Chile (32) than any other Chilean club and a record eleven Copa Chile titles. It was the first Chilean team to win a continental tournament conquering the 1991 Copa Libertadores after beating Club Olimpia 3–0 on 5 June with Mirko Jozić as manager. Next year, the club went on to win two international titles that were 1992 Recopa Sudamericana and 1992 Copa Interamericana, completing the club's three international honours.

The club's most successful player is Luis Mena with eleven titles, the historic top scorer is Francisco Valdés with 208 goals, and the player with most appearances is the former goalkeeper Misael Escuti with 417 games.

Colo-Colo is the team with most supporters in Chile, and holds a long-standing rivalry with Universidad de Chile. The club also holds a traditional rivalry in matches against Cobreloa and Universidad Católica. The IFFHS ranked the team in 14th place in 2007. In 2009, that same institution named the team as the 20th century's top club of its country, and also within the top twenty clubs in South American football history.

The Estadio Monumental is a soccer Stadium in Macul, south-east of the centre of the Chilean capital Santiago. It serves as the home ground of Colo-Colo, and on occasions also for other clubs and the national football team. The stadium has a current spectator capacity of 47,347. The actual playing field is named after David Arellano, the founder of Colo-Colo, therefore, on occasions the whole stadium is referred to as Estadio Monumental David Arellano.

The stadium was first opened in 1975 with a double-header in front of 25,599 people. In the first match Santiago Morning and Santiago Wanderers drew 1-1 and in the main event Colo-Colo defeated Deportes Aviación 1-0, Carlos Orellana being the scorer. However, the stadium proved unsuitable for ongoing use, and therefore only five more matches took place there for the time being.

Completed in its current form in 1989, it was reopened in September of that year with a match between Colo-Colo and CA Peñarol from Uruguay, which the hosts won 2-1, thanks to goals by Marcelo Barticciotto and Leonel Herrera. The official capacity of the stadium then was between 62,500 and 65,000 spectators. The highest ever recorded attendance when 69,305 spectators saw a league match between Colo-Colo and Club Universidad de Chile in 1992. In the 2016-17 season, Colo-Colo drew an average home league attendance of 21,509 for the Apertura and 23,229 for the Clausura. The stadium was in 1991 home to the second Copa Libertadores final, won by Colo-Colo 3-0, making it the sole Chilean club to win the trophy.

Accidents, including a fatality in 1993, instigated various modernisations which led to a reduction of the capacity to the current 47,000 spectators.

The stadium is also rented out to club Santiago Morning and other Chilean teams that require holding games on the international tournament scale. It has also been used by the Chile national football team when the Estadio Nacional, the main football stadium of the country, is unavailable. The American rock band Pearl Jam played at the stadium on November 16, 2011, as part of their 20th anniversary tour.

Its principal tenant and owner is the corporate entity Blanco y Negro that runs Colo-Colo and for which Chilean billionaire and President Sebastián Piñera is a major shareholder.