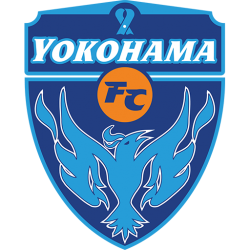 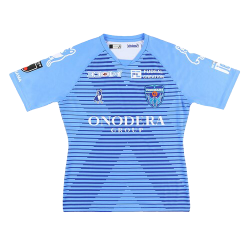 Yokohama FC (横浜FC, Yokohama Efushī) is a Japanese football club based in the city of Yokohama. The club was formed by fans of Yokohama Flügels as a protest against Flügels' merger with Yokohama Marinos in 1999, becoming the first supporter-owned professional sports team in Japan.

Since gaining J.League membership in 2001, Yokohama FC has spent all but one season in the second tier of the Japanese football league system; the club gained promotion to J.League Division 1 as champions of J.League Division 2 in 2006, but were immediately relegated the following season. The NHK Spring Mitsuzawa Football Stadium (ニッパツ三ツ沢球技場, Nippatsu Mitsuzawa Kyugijo) is a football stadium in Kanagawa-ku, Yokohama, Japan. It serves as a home ground of Yokohama FC and, on occasion, Yokohama F. Marinos. Until 1999 it had been the home of Yokohama FC's spiritual predecessor, Yokohama Flügels, and also, on occasion, to Kawasaki-based NKK FC The stadium holds 15,046 people.

It is also used sometimes for Top League rugby games.

During the 1964 Summer Olympics in Tokyo, it hosted some of the football preliminaries. It was also one of the venues of the 1979 FIFA World Youth Championship.