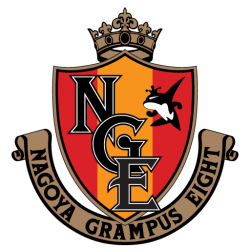 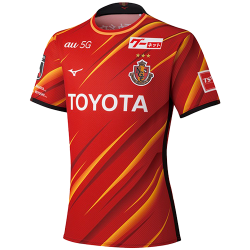 Nagoya Grampus (名古屋グランパス, Nagoya Guranpasu) (formerly known as Nagoya Grampus Eight (名古屋グランパスエイト, Nagoya Guranpasu Eito)) is a Japanese association football club that plays in the J1 League, following promotion from the J2 League in 2017. Based in Nagoya, Aichi Prefecture and founded as the company team of the Toyota Motor Corp. in 1939, the club shares its home games between Mizuho Athletic Stadium (capacity 27,000 and the J.League's oldest-serving stadium) and the much larger Toyota Stadium (capacity 45,000).

The team had its most successful season up to 1995 when it was managed by Arsène Wenger, well known for his exploits at Arsenal. They won the Emperor's Cup and finished second in the J.League, with Dragan Stojković and Gary Lineker on the team. The 1995 success was eclipsed on November 20, 2010, when the club won its first J.League trophy, under the management of Stojković.

The team's name was derived from the two most prominent symbols of Nagoya: the two golden grampus dolphins on the top of Nagoya Castle, and the Maru-Hachi (Circle eight), the city's official symbol. It was formerly known as Nagoya Mizuho Athletics Stadium (名古屋市瑞穂公園陸上競技場). Since April 2015 it has been called Paloma Mizuho Stadium for the naming rights.