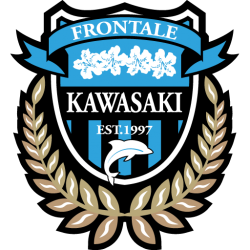 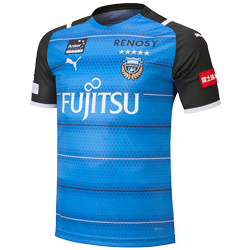 Kawasaki Frontale (川崎フロンターレ, Kawasaki Furontāre) is a J1 League association football club. The team is located in Kawasaki, Kanagawa Prefecture, south of Tokyo. Their home stadium is Kawasaki Todoroki Stadium, in Nakahara Ward, in the central area of Kawasaki. The Kawasaki Todoroki Stadium (川崎市等々力陸上競技場, Kawasaki-shi Todoroki Rikujō Kyōgi-jō) is a multi-purpose stadium located in Todoroki Ryokuchi in Kawasaki, Japan. It is currently used mostly for football matches and is the home stadium of Kawasaki Frontale. Until the early 2000s it also hosted major clubs in the city, such as Verdy Kawasaki (Tokyo Verdy), Toshiba (Consadole Sapporo) and NKK S.C.. The stadium has also played host to multiple IAAF competitions, most recently in 2017, and will play host to the British Olympic Association's Pre-Games Training Camp in the lead up to the 2020 Tokyo Olympic and Paralympic Games.

The stadium holds 26,232 people and was built in 1962. The stadium hosted the 2007 IFAF World Championship Opening Match and Final. The closest train station is Musashi-Kosugi on the Tokyu-Toyoko line. There are bus routes to this station and special services on game days.